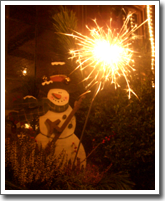 Hope you all made it safely to 2006 🙂 Take care and have a great year!

My renewed GPG key can be found in its usual place and on keyservers.

As for the other reason you might have visited this site for: delicious2safari 2.0 will probably need a couple more days work … stay tuned 🙂

from R. Perlman: An Algorithm for Distributed Computation of a Spanning Tree in an Extended LAN (PDF)

On that note: I passed my computer networks + mobile computing exam today … only two more exams and the diploma thesis left. Yay! 🙂

Just a quick heads-up to everyone who has been sending me suggestions for delicious2safari: Version 2.0 is in the works (list of planned features here), to be released before the end of this year. Thanks for your patience (and apologies if I didn’t answer your email personally, all of your suggestions have been noted).

This is our new student lab, in beta-testing since Friday. The machines run Windows XP and Ubuntu Linux. 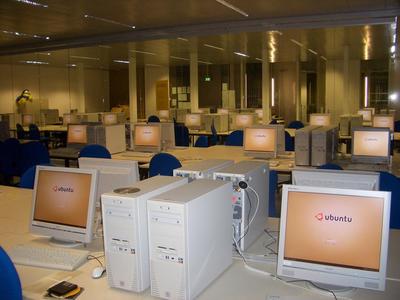 Installation of Ubuntu is fully-automated through Debian installer preseeding. Its partitioner is replaced with a custom udeb that provides formatting for the Linux partitions, while preserving the complex partitioning scheme that Windows/Norton Ghost needs.

Updates and patches get distributed using a custom toolkit written in Python (originally designed by Fabi for RedHat-based systems). It consists of an NFS mount with directories for different classes of machines, and a script (run by cron or on-demand) that checks for new updates to the machine classes a system belongs to. Updates are represented by numbered symbolic links to files, tars, text files with package names to be installed through apt, debs, patches and shell scripts. The on-demand updating and other administrative tasks are initiated through SSH Forced Commands. The postinstall process is also done using the same system, through rc-style numbered scripts.

I’ll probably have more to say on this later, but here’s a random collection of “lessons learned” while setting up this lab:

A while ago I posted a response to a discussion on the Mac User Groups volunteer mailing list about spyware. Opinions in the discussion ranged from claims that Macs are not in danger at all, to end-of-the-world scenarios. There was also a lot of confusion about the different types of malware that are out there. By now, my posting is all over the web, so I guess I can put it on my website as well 😉

After a great WWDC, turning in my “Studienarbeit” (first thesis) right after I got back, and being slightly sick for a week, I am back among the living, I guess 🙂

There’s still a huge backlog of emails and an even longer todo list. I’m sorry if you haven’t gotten a reply yet, I’m working on that. I also haven’t uploaded any more WWDC pictures (I will, I know some of you are waiting for them), and I haven’t had much time to try out some of the interesting stuff I learned at WWDC yet either. Working on that one, too 😉

Edit:
And one more thing I didn’t think would happen just yet: A line for the ladies’ room on a technical conference (and that wasn’t the line after the keynote speech where there are lots of media reps and other non-tech people). Admittedly, it wasn’t a very long line compared to the one at the men’s room, but still 😉

The Moscone Center being decorated for WWDC: 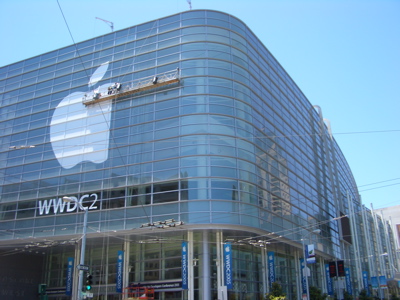 There is also some cool sunset pictures in today’s gallery 🙂

I arrived in San Francisco last night. Some photos can be found here. Unfortunately, I slept through the middle of that beautiful sunset, and NWA also didn’t do a very good job keeping their windows clean. Otherwise, the flights with KLM and NWA were really quite enjoyable. In particular on the Airbus A330, which features a personal entertainment system where you can even play games against the other passengers. It also has laptop power in half of the economy seats 🙂

Seems some other people weren’t that lucky …

Total volume of music on my computer: 10 GB

The last CD I bought: I guess that must have been a used copy of “Joyride” by Roxette (yeah, laugh at me, I’m still a big fan of Roxette and that was the last album I only had on tape *g*).

Five songs I am listening to a lot: